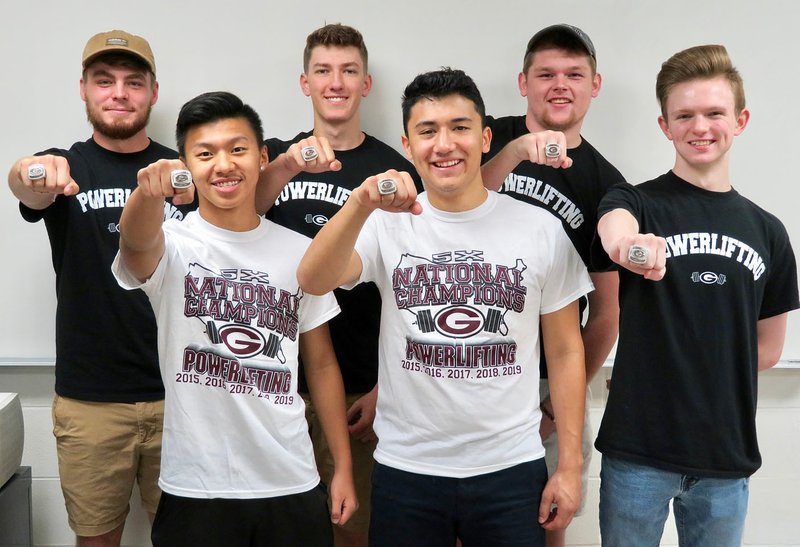 GENTRY — The Gentry High School powerlifting team won its fifth national powerlifting championship at the 35th annual NASA High School Powerlifting National Championships in Oklahoma City on March 23-24. But their championship rings (which had to be remade due to a manufacturing error) didn’t arrive until late July and were distributed to the lifters on Aug. 1.